I'm Kevin, and I launched this site on February 1, 2008. I was inspired by Jon at Mets by the Numbers, whose encouragement gave me a boost in the early going. I wouldn't have found MBTN without Paul Lukas' brilliant Uni Watch blog, which sparked my interest in sports uniform minutiae. 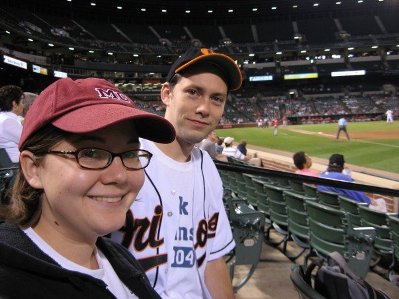 Although I was born in Baltimore in 1982, at the tail end of the Orioles' run of dominance, baseball didn't capture my attention as a child. I do have vague memories of the few games I attended in old Memorial Stadium, the first being a day game against the Milwaukee Brewers in 1987. I seem to recall Fred Lynn making a leaping grab in center field and crashing into the fence.

During the early nineties, I finally caught baseball fever. For better or worse, I've spent my life from adolescence to adulthood rooting for the Birds: from the highs of 2,131 and the playoff teams of 1996-97 to the lows of Sir Sidney and Raffy's sorry B-12 excuses. I hope this site will be my contribution to, and celebration of, the colorful history of the Baltimore Orioles.

I had kicked around the idea for this website for several months before laying the groundwork in earnest in the spring of 2007. I started by consulting the rosters at Baseball Almanac, which list uniform numbers for each player but are not completely accurate. They did give me a jumping-off point, and I was able to create a spreadsheet to work from. I attempted to verify and/or correct the numbers I had by watching Orioles Classics on MASN, and consulting scans of old scorecards that I found online, as well as image archives at sites like Getty Images and Wire Image. The most amazing resource out there was the since-departed Paper of Record, which had searchable PDF archives of several newspapers, most notably The Sporting News. Google's News Archive serves a similar function now. To further ensure the accuracy and comprehensiveness of my numerical rosters, I relied on the book Now Batting, Number...: The Mystique, Superstition, and Lore of Baseball's Uniform Numbers by Jack Looney. In actually composing the site, Baseball Reference was my weapon of choice for player statistics, biographical information, and dates.

LEGAL MUMBO-JUMBO
This site is not affiliated in any way with the Baltimore Orioles, Major League Baseball, or any of the players depicted herein. If you own a copyright to any images that appear on this site, email me and I'll either give due credit or replace the image. NumerOlogy and its proprietor make no guarantees regarding weight loss, sexual virility, tooth whitening, or financial gain as a result of viewing this site.
CONTACT/SUPPORT
I welcome any help you can send my way! If you have scans of score cards, photos or roster listings, or anything else you think would be of use, send it to my email.  If at all possible, let me know the date of the item in question. Due credit will be given on the home page. I'm only one man, and I'll rely on you to be my eyes and ears and bring things to my attention that escaped me otherwise.

You can help support the site in a few different ways. First, as I've just said, send your questions, comments, corrections, and/or snide remarks to me. If there's anything you wish to send by snail mail (especially if it's cash, haha), contact me by email first. Hearing from readers is a great boost, as any blogger/writer/webmaster knows. Second, if you like what you see here, tell your friends; the more, the merrier!

Most importantly, enjoy the site! 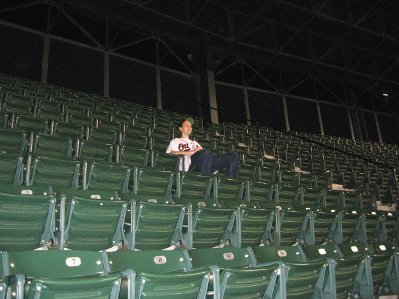